Lance Butler made a tidy profit when he sold his 1,800-square-foot home in Nampa, Idaho, earlier this year.

But that was not an option. Butler and his wife had just had their second child and the family needed more space. “Plus, my neighbor being a ‘jackwagon’, I wanted out of there, too,” he says with a laugh.

But instead of buying a bigger home, the couple decided to rent a new 2,000 square-foot single-family home for $2,100 a month in Burlingame, Idaho.

The couple benefitted in two ways: They stayed out of a frenzied real estate market that drove up the value of their house by 64% in two years. And they got to live maintenance-free.

Everything from landscaping to small repairs around the house is managed by American Homes 4 Rent, which owns and operates the development of 74 homes.

“I don’t mind getting down and dirty,” says Butler, who works in construction. “But it was actually nice to look out and be like, ‘my yard’s been mowed, my sprinklers are taken care of and the weeds have been pulled.’ It’s just one less thing that you got to do when you get home.”

Millennials are flooding the housing market. But what are they buying? That depends.

‘It’s just draining’: Homebuyers frustrated by a cutthroat housing market are putting their searches on hold

The intense competition and shortage of homes for sale have contributed to the rising popularity of the single-family rental market, spawning many built-for-rent communities. In the last five years, the number of homes built exclusively for rent has increased 30%, according to the National Association of Home Builders. They now make up 5% of new single-family homes under construction, says Robert Dietz, the chief economist at NABH.

But that building push hasn’t closed a big shortage in houses to buy. The U.S. has built 5.5 million fewer homes in the past 20 years compared with long-term historical levels, according to a June report by the National Association of Realtors.

The shortfall has driven prices higher, reducing affordability at a time when millennials, the largest generation group in the U.S, are approaching their first-time homebuying years. And with more employees working from home because of the pandemic, house hunters want large outdoor spaces, office rooms and gyms — wishlists that are supercharging demand for single-family homes.

Institutional investors such as banks, pension funds and hedge funds poured $6 billion into the single-family rental segment during the first quarter of 2021. That investment marked more than half of the $10 billion committed to the space over the past three years, according to Yardi Matrix, a real estate intelligence firm.

By comparison, the volume of investment in both office and retail fell by over 40% year over year during the same period.

The interest in single-family rental homes as an investment is growing because it has proven to be a more resilient asset class than offices and hotels, says Don Walker, managing principal and chief financial officer for John Burns Real Estate Consulting.

“That was clearly demonstrated during the pandemic when many hotels had to close down because of COVID and people could not go to offices anymore,” he says, adding “What I like about built-for-rent is that it’s providing new housing to the market and they are newer, and much more energy-efficient than the typical house that’s 30 or 40 years old.”

While close to 90% of homes are still owned by small, mom-and-pop investors, there’s been an infusion of capital targeted at the single-family rental space, says Walker.

Around 12% of new single-family construction in 2021 is dedicated to future rentals, according to John Burns Real Estate Consulting.

For homes, ‘cash is king’

The typical value of built-for-rent or the existing single-family homes investors buy up tends to fall in the $250,000 to $350,000, roughly the median U.S. home price, say experts.

That is a cause for concern, says Lawrence Yun, chief economist for the National Association of Realtors.

Ed Golding, executive director at M.I.T’s Golub Center for Finance and Policy, and former head of the Federal Housing Administration, says institutional investors play an important role in the market by improving the quality of the housing stock and increasing the supply of good quality rental housing.

He says institutional investors typically buy homes that need repair and can leverage their operational and financing advantages to fix these properties faster and more efficiently.

And that, he believes in not such a bad thing.

“It’s good for markets in general. It’s good for people to be able to have this as an option,” he says. “It’s a drag on homeownership but it’s not a big drag.”

Golding says there is a host of issues that can be tackled to improve homeownership rates such as providing home rehabilitation loans, expanding down-payment assistance, changing some of the underwriting practices and de-emphasizing debt-to-income ratios and constructing more entry-level homes.

Two of the largest single-family institutional buyers’ annual reports illustrate the substantial amount institutional investors spend on these renovations, according to report Golding co-authored for the Urban Institute.

Invitation Homes, the largest single-family leasing company, indicates in its annual report that it spent $39,000 per home for up-front renovations completed during 2020. And American Homes 4 Rent, for example, notes that they typically spend between $15,000 and $30,000 to renovate an existing home acquired.

“We calculate that the typical homeowner spends $6,300 during the first year after purchasing a home,” he says.

American Homes 4 Rent was founded in 2011 after it acquired 45 homes in the aftermath of the Great Recession. It currently owns 54,785 single-family properties in 22 states.

Four years ago, the company got into the business of building homes to rent and has completed 4,500 homes in 22 states.

“The demand for single-family rentals is through the roof,” says David P. Singelyn, CEO of American Homes for Rent. “We’ve been getting five applications on every home.”

The company has housing developments with 120-plus homes each nearing or under construction in the Atlanta; Charlotte, North Carolina; and Tampa, Florida, markets.

“We went to markets with high population growth, where people were moving to,” Singelyn says.

Single-family rentals now make up approximately 35% of all U.S. rentals, according to Freddie Mac.

Charles Gullotta and his wife Kathryn moved from Tarrytown, New York, to South Carolina in August.

Gullotta, who worked as an executive chef, and his wife, who worked in the dental industry, both suffered significant loss of income over the pandemic and decided to move to a less expensive and warmer place.

“All those things combined made it very difficult to maintain our lifestyle,” he says. “We had to dip into retirement accounts to stay afloat during the times when both of us were out of work.”

The couple decided to take advantage of the hot housing market and sell their house before moving down south.

Once in South Carolina, they found a four-bedroom rental house through American Homes 4 Rent for $2,250 a month in Summerville, near Charleston.

The best part of the rental was the price, he says.

“We were spending almost $29,000 a year in taxes,” he says of Tarrytown. “And it’s just over $27,000 to rent this place for the year. And that’s including utilities, lawn care, water and trash pickup.”

Gullotta says they are going to rent for the foreseeable future until they find something they absolutely love.

“If we’re going to purchase something, it’s got to be the forever home,” he says. “The home that my wife and I are in for the next 20 years until my two kids are grown and gone.”

Until then, he’s happy to rent.

Swapna Venugopal Ramaswamy is the housing and economy reporter for USA TODAY. Follow her on Twitter @SwapnaVenugopal

Find a home theater, pool and tennis court with this house on Dallas’ Park Lane

Sat Nov 13 , 2021
Situated on 1.84 acres on Dallas’ Park Lane, this Santa Barbara-style home built in 2006 has plenty of space, outdoor amenities and a luxury design. The home is the work of Sharif & Munir Custom Homes Inc., with landscaping designed by The Harold Leidner Company. The home has four bedrooms, […] 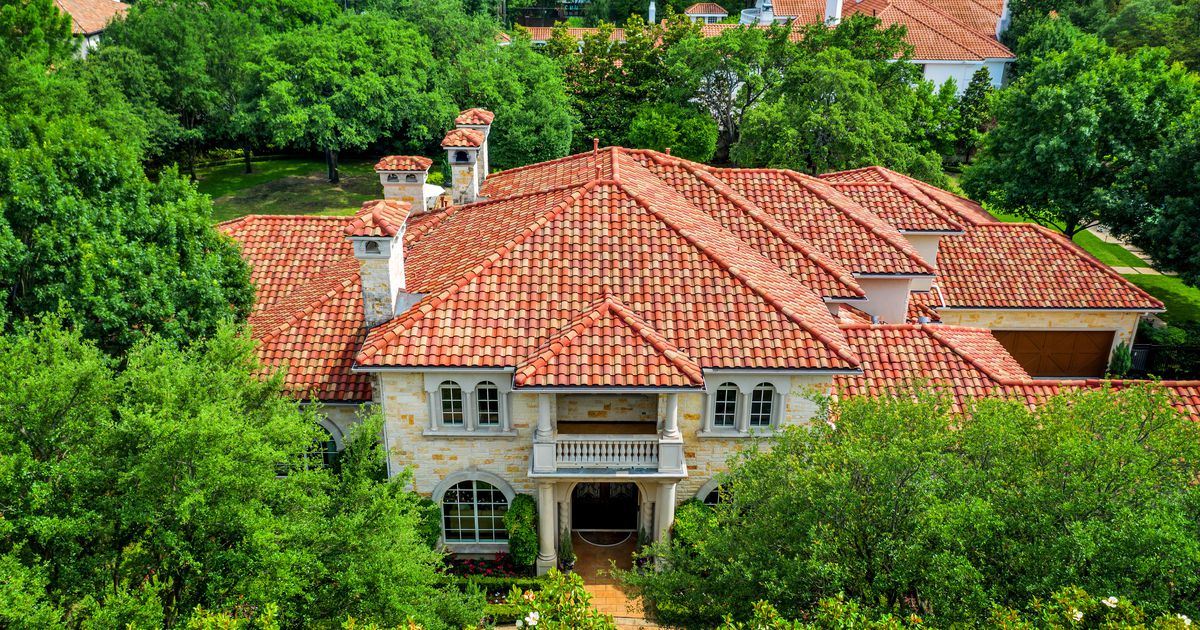