Co-owners, from left, Ryan Holland, Alex Bettigole, Jennifer Stora and Mike Friedland in their new lumber store, Lumbery, which opened in Cape Elizabeth on Nov. 17. The owners promise that most of the wood products for sale can be traced back to Maine-based mills and harvesters. Courtesy / Mike Friedland

CAPE ELIZABETH — About 16 months ago, Mike Friedland was at a big-box retail store looking for some lumber when he found a piece of wood labeled “Idaho.”

“At first I thought it was a brand name,” the South Portland resident and home repair company owner said.

Since then he’s heard a lot of wood at these stores, used by many Maine contractors, comes from out of state. Friedland said he found that solid data on just how much wood is hard to come by, but he learned that, among other species, pine used in construction in the Pine Tree State often comes from Georgia.

That prompted Friedland, 49, to start a new business in Cape Elizabeth, a lumberyard with a twist: nearly all the wood he sells is harvested and milled in Maine.

Friedland, a native of Brooklyn, New York, has been living in South Portland since 1999, owning and running Willard Square Home Repair, a home repair contracting company. Even before the pandemic hit, his company was already thinking about buying and storing lumber in bulk for repair work.

After the pandemic broke out, Friedland was concerned about keeping his usual business going. Despite the economic difficulties at the time, he said, there was plenty of work, but he thought it was too risky to ask his 10 employees to keep going into people’s homes.

So Friedland said he “pressed the pause button” on that business and put his energy into running the new business, Lumbery, which opened Nov. 18 at 278 Route 77. The company, he said, offers 1,000 hardware products and about 75 wood products. The store is geared toward everyone who needs wood and wood-related tools, from commercial contractors to homeowners. Most of his wood is sourced directly from Maine-based mills, usually smaller operations. The only exceptions right now are pressure-treated wood and plywood, which he sources from out of state.

Friedland said he did that “just to get open, those are necessary evils at the moment because those are crucial building products,” but he’s working on ensuring that soon even those products will be exclusively sourced in Maine.

Friedland said he reached out for advice to Lee Burnett, who runs Local Wood Works, a nonprofit dedicated to promoting Maine-based wood products. Burnett said wood products are a commodity, meaning they are a component rather than a finished product, which makes it harder to know just how much is being produced or moved in any given place.

“It’s very difficult and expensive to track,” he said.

Burnett could confirm, however, that wood products used in construction in Maine do come from out of state, and from other parts of the world, including China, South America and Africa, but people buying the lumber in stores, especially big-box retailers, wouldn’t necessarily know that.

“It’s not labeled in retail lumberyards, so you don’t really know,” he said.

Burnett said working through dedicated relationships with smaller, mom-and-pop mills in the state, like Lumbery does, makes knowing where the company’s wood comes from easier. He said it’s rare for someone like Friedland to take the steps to ensure the traceability of his products.

“He is the only retail lumber yard that is making this effort as consciously as he is,” Burnett said.

Shane O’Neill, forest industry business development manager at the University of Maine at Orono’s School of Forest Resources, said what Friedland is doing is similar to the farm-to-table approach some local food suppliers have employed, and the potential economic benefits are the same.

“By purchasing products produced in the state, you’re supporting the economy of our state,” he said.

“It creates an awareness in the public of the local sawmill,” he said.

So far, Friedland said, business is good. He has three co-owners and three employees. He also still gets calls for home repair work, which he hands off to his former repair company employees, who are now finding plenty of work as independent contractors. He said he can’t promise to beat the prices of the big-box stores, but he is pricing his products to compete with other lumberyards.

Most most importantly, buyers know they are supporting Maine businesses that support Maine-based workers.

“It just seems like such an obvious choice to me,” he said.

Fri Dec 11 , 2020
“She just wants to go home,” said another source familiar with Melania Trump’s state of mind. Asked how the first lady feels about rumors her husband might announce a 2024 bid, the source added: “That might not go over well.” The first lady quietly brought on Marcia Lee Kelly to […] 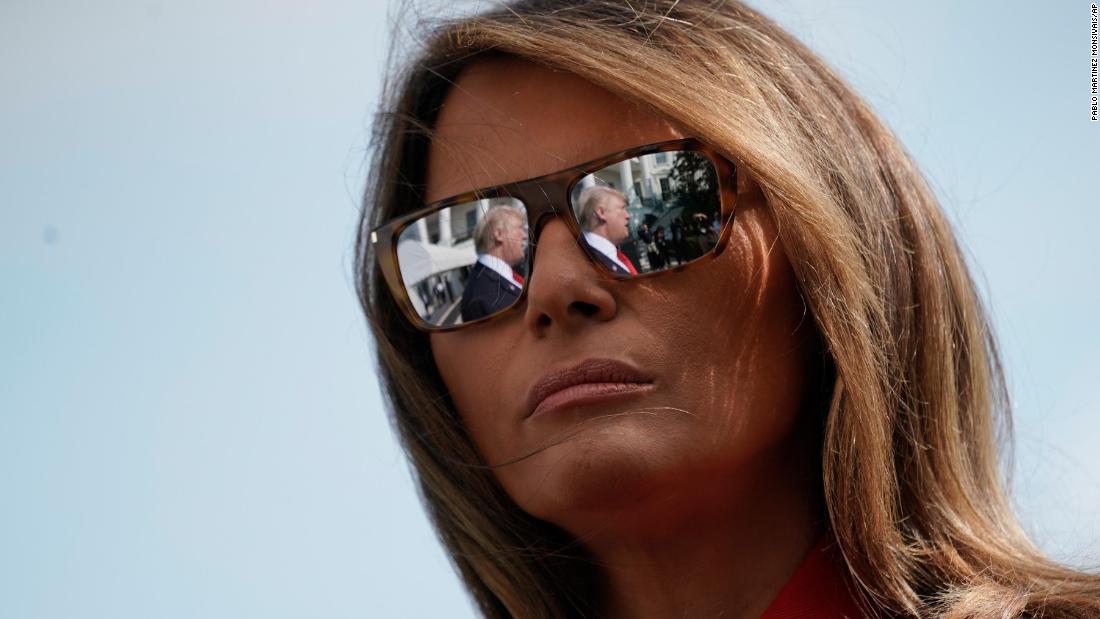