Pittsburgh Steelers captain Maurkice Pouncey announced Thursday he will choose his own decal to wear on the back of his helmet during games.

He is the second player in the organization to break from wearing the name of Antwon Rose Jr., a 17-year-old Black teenager killed by East Pittsburgh police in 2018. Offensive lineman Alejandro Villanueva covered up the name with tape and wrote the name of a Black US Army sergeant who died of injuries sustained in Iraq.

Rose’s name was decided ahead of the season opener by a team vote.

Pouncey says he had ‘limited information’ about Antwon Rose

Pouncey, the Steelers’ starting center since 2010, said in an Instagram post he wished to “personally clarify” that he wore the name after being given “limited information on the situation.”

“Moving forward, I will make my own decision about what to wear on the back of my helmet,” he wrote.

“I want to personally clarify what transpired this past Monday night in regard to having Antwon Rose’s name on the back of my helmet.

“I was given limited information on the situation regarding Antwon, and I was unaware of the whole story surrounding his death and what transpired during the trial following the tragedy. I should have done more research to fully understand what occurred in its entirety.

“My work with the police, both in Pittsburgh and back home in Florida, is well documented. I don’t always feel the need to highlight what I do with the police departments, but I also want to make sure they understand I inadvertently supported a cause of which I did not fully comprehend the entire background of the case. I take responsibility for not doing more investigating into something that is sensitive to the community and his family, but it is a lesson learned as it relates to political issues that occur every day in our society.

“Moving forward, I will make my own decision about what to wear on the back of my helmet. Make no mistake, I am against racism and I believe the best thing I can do is to continue helping repair relationships between the police and their communities. Systemic racism issues have occurred in our country for too long, and that needs to stop.

“My focus will continue to be on helping the police in our communities, and I will support making any necessary changes to help those efforts.”

Pouncey was not made available to the media before Thursday’s practice, per ESPN’s Brooke Pryor. He was selected as the Steeler organization’s Walter Payton Man of the Year award nominee last season.

For three years he has donated tickets for home games to the Pittsburgh police department so they can take youth in city neighborhoods. He has also donated to the department — including a donation of horses — and volunteered alongside them at the Thanksgiving turkey giveaway.

What is Antwon Rose Jr’s story?

Rose was the passenger in a car that was pulled over by East Pittsburgh police on June 19, 2018. The vehicle matched the description of one involved in a nearby drive-by shooting about 10 minutes earlier.

While the driver was handcuffed, Rose fled. Michael Rosfeld, a white officer, shot him three times in his back, face and elbow and killed him. The video was viewed widely and sparked protests in Pittsburgh.

Rosfeld, who had been officially sworn in hours before the shooting, was charged with homicide. He had conflicting stories before the charges of seeing Rose with a weapon, per the Washington Post’s report in March 2019. Prosecutors said he gave inconsistent statements about if Rose had a gun or not, per The New York Times report of the trial. Rosfeld testified that he saw one of the two people who fled from the car point a gun at him.

A jury found the 30-year-old Rosfeld not guilty in March 2019. A federal lawsuit was settled for $2 million.

The case brought about questions and concerns regarding Pennsylvania law and the nationwide difficulty in convictions of officers.

Earlier Thursday, Steelers owner and president Art Rooney II released a statement emphasizing his support for players, coaches and staff. While he doesn’t mention the helmet controversy, he began by saying “we respect the decision of every player, coach and staff member relating to how to express themselves on social justice topics.”

Need an extra PC for working or schooling from home? Here are some solutions

Mon Sep 21 , 2020
You’re not alone if you’ve been faced with this dilemma: The kids are now schooling from home and each need a computer to attend classes and get work done, yet budgets are tight because of a lost job or reduced hours because of the pandemic. To complicate matters further, parents […] 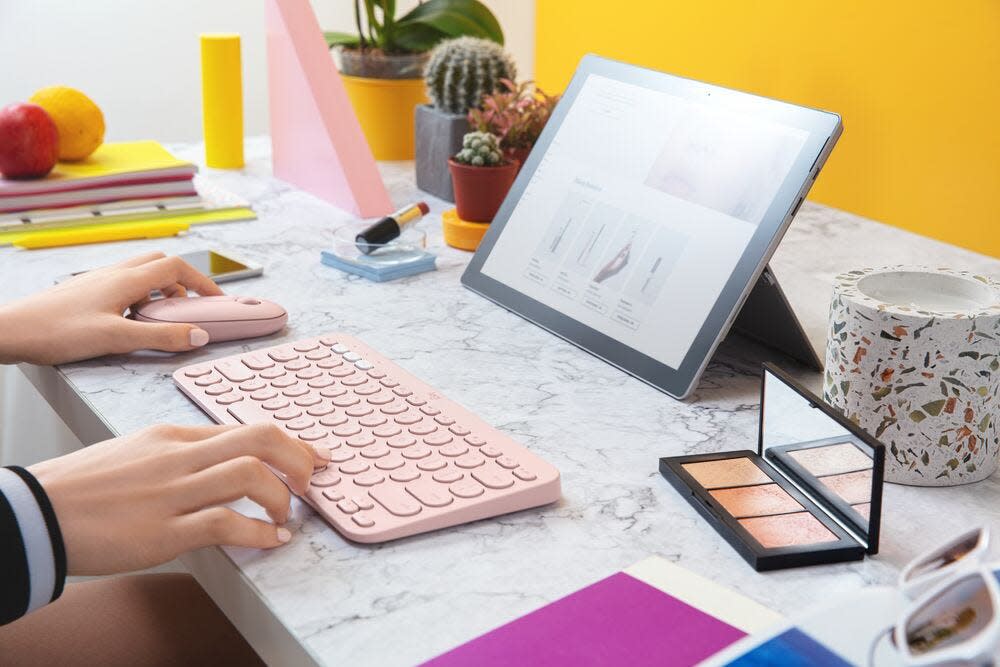