Christian Perrone was at home with his family before the storm hit.

Leslie Hayes had gotten home from work not long before, and was talking to her daughter on the phone.

Luis Lujano was trying to sleep. The storm woke him up.

Then, with almost no warning, a tornado registering wind gusts of 160 miles per hour touched down nearby, sending trees through the walls of their homes, stripping the siding off of houses and totaling cars. Along Old Shallotte Road in the town of Ocean Isle Beach, felled trees and branches littered yards, homes were torn up and power lines were down. All told, the storm would leave three people dead, 10 injured and 50 homes and other buildings damaged.

Hayes remembered how loud it was.

“Everyone says it sounds like a fright train,” she said. “It was loud and it kept getting louder.”

And then, just as quickly, it was over, a path of debris, hail and destruction in the storm’s wake.

“This was just so fast and it was over so fast,” Hayes said. “You were scared but you almost didn’t have time to be scared.”

As residents of the small coastal communities in Southeastern North Carolina begin to assess the damage and clean up after the deadly storm, it’s become clear that they had little warning of the disaster. The storm touched down when most residents were at home, made for “a very dangerous situation” county officials said. Why more warning wasn’t given appears to be the result of a unique and unexpected storm that moved faster than the official warning systems, leaving residents to mourn loved ones and repair their homes in the wet gray of a Carolina winter.

As Hayes was on the phone with her daughter, she could hear the storm pick up outside, growing worse, she said. She could hear small pieces of debris and hail begin to hit the house, and knew that she should take shelter. Hayes grabbed her dog and hid in a closet, bracing. Only then did her phone buzz with an official notice of a tornado warning. But by then, it was too late. Some siding was ripped off of her home, she said, and the yard was littered with branches and a piece of a nearby building.

A late warning and ‘a very dangerous situation’

The tornado touched down at 11:39 p.m. — the same time the National Weather Service issued its warning and about six minutes after a severe thunderstorm warning went out. Mark Bacon, a meteorologist and leader of the Storm Ready program with the NWS in Wilmington, North Carolina, the thunderstorm warning came “before the (tornado’s) rotation was as pronounced.”

Under “normal” circumstances, the Storm Prediction Center in Norman, Oklahoma, would have issued a tornado watch two hours before — or about 9 or 10 p.m., he said.

But tornado watches, which indicate the possibility of a threat developing, typically cover dozens of counties.

“A watch precedes a warning much more often than not,” Bacon said. “Usually when not it’s because small coverage of storms is expected. Case in point last night — though the tornadoes were strong, only two counties (were) affected.”

The National Weather Service says forecasters in local offices will try to give a warning “in as far advance as possible.” According to Bacon, the national goal for a tornado warning lead time is about 13 minutes. But the “storm’s unusually fast motion of 50 mph” on Monday night might have contributed to a “lessened lead time,” he said.

The tornado first touched down near a plumbing supply store along Seaside Road in Ocean Isle Beach, before cutting a path Northward through the Ocean Ridge Plantation neighborhood and homes near Green Bay Road and Old Shallotte Road, according to the weather service.

At a press conference Tuesday afternoon, Brunswick County officials told reporters that the short notice of the storm contributed to the severity of the situation.

“We had very minimal warning,” Brunswick County Emergency Services director Edward Conrow said. “In talking with our partners at the National Weather Service, they were very surprised how rapidly the storm intensified, that’s something they normally don’t see.”

He added: “At that time of night, most people are at home in bed. It creates a very dangerous situation.”

A tornado touching down in this area in winter is also uncommon, several people said. Residents are used to preparing and bracing for hurricanes during the summer and fall months, but a February tornado caught them off guard.

“This time of the year you don’t expect anything like that to happen,” said Hayes, who has lived in the area for six years and used to visit her father there over the summers.

Randy Thompson, the chairman of Brunswick County Board of Commissioners, said even though he has a background in public safety, he was surprised by the damage.

“I’ve seen devastation that I have not seen in many years,” he said. “It truly, truly was a disaster last night.”

‘Next thing you know, we’re underneath a mattress’

Lujano, a junior at West Brunswick High School who lives with his family along Old Shallotte Road, said he was woken up by the storm about 11:30 p.m. The thunder and lightning were nonstop.

“If you have a flashlight, it was like pushing the button nonstop,” he said.

Then, around 12 p.m., he said, “I just see a big gust of wind just fly and (there were) just huge branches and dust and debris…hitting cars and all that.”

A piece of a tree busted the back windshield of his sister’s car, and severely damaged one of the back doors. His own truck was dented and a branch cracked the windshield. At the back of the house, the powerful wind gusts hurled a part of a tree through a back wall, into a bathroom, and caused the toilet to explode. Thankfully, no one was inside when that happened.

Next door, the Lujano’s neighbor, Christian Perrone, said a large tree smashed into his home, forcing he and his family to take cover under a mattress.

“It happened in the blink of an eye,” he said. “We lost power. It started to hail. And then the next thing you know we’re underneath a mattress and the tornado is coming over our house.”

Perrone pulled the children in the house, both his own and his sister’s, under the mattress while the adults held it over them along the edges.

“We just rushed into my room, threw the mattress up and held on,” Perrone recalled. “It happened so fast. You see what happens in five seconds.”

Thankfully, no one in either home was injured.

For the Lujanos, life for now is waiting on insurance companies to return phone calls. If the insurance will pay to fix the damage to the home and yard and cars, then the family will wait on that. But if not, they’ll need to get to work and will need to call on friends and family to help out.

On Tuesday, the dishevelment of a heavy storm was evident. At Ocean Ridge Plantation, downed power lines made it difficult to enter the neighborhood, and police blocked off the entrances. Utility trucks dotted Highway 17 as crews worked to restore power to the 37,000 customers who lost electricity.

Nearby, as the sun began to set, children at one home along Old Shallotte Road picked up small, scattered branches in the front yard. A chainsaw could be heard in the distance, starting the long work of removing dozens of felled trees. Front and back yards were littered with tree trunks and branches.

Lujano, the high schooler, said he was sad about the damage to his truck. He worked hard, with no help from his parents, to afford it and now he must pay for the repairs.

“I’m very sad,” he said. “Just to see all your hours that you put into it throughout the week just gone like that.”

Sat Feb 20 , 2021
MarketWatch has highlighted these products and services because we think readers will find them useful. This content is independent of the MarketWatch newsroom and we may receive a commission if you buy products through links in this article. No Texas homeowner wants to be stuck in the hottest part of […] 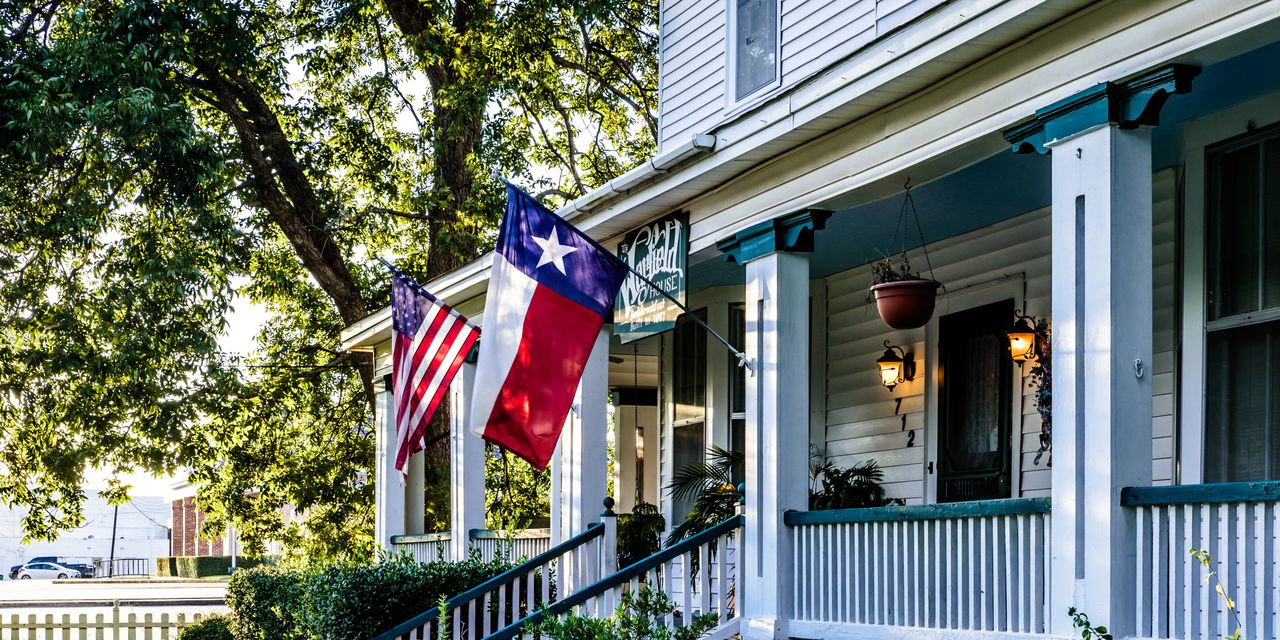