LANSING, Mich. (AP) — Gov. Gretchen Whitmer said Friday that Michigan’s stay-at-home order remains in effect through May 15 despite Republicans’ refusal to extend her underlying coronavirus emergency declaration, as she amended it to allow construction, real estate and more outdoor work to resume in person next week.

The Democratic governor, who may be sued by the GOP-led Legislature, addressed reporters the same day that President Donald Trump tweeted she should “make a deal” with conservatives who protested her restrictions at the Capitol a day earlier. She denounced the protest as ”disturbing,” noting there were swastikas, Confederate flags, nooses and some people with assault weapons who “do not represent who we are as Michiganders.”

“We’re not in a political crisis where we should just negotiate and find some common ground here. We’re in a public health crisis,” Whitmer said. ”We’re in the midst of a global pandemic that has already killed almost 4,000 people in our state.”

Whitmer said she will continue listening to epidemiologists, public health experts and business leaders — “not to pollsters and not to people with political agendas.”

The state health department reported nearly 1,000 additional confirmed cases of COVID-19 and 77 more deaths, bringing the totals to more than 42,300 cases and 3,866 deaths.

Whitmer late Thursday issued directives both proclaiming that the coronavirus emergency continues under a 1945 law and declaring new states of emergency and disaster under a 1976 law after lawmakers refused her request for a 28-day extension. The declarations are the foundation of her stay-home order and other measures to curb the spread of the virus.

Republicans, who want more input on gradually restarting the economy and say a ban on elective medical and dental procedures should be lifted, also voted to authorize a lawsuit challenging her authority and actions. They question the legality of her stay-home measure since the Legislature did not lengthen the state of emergency.

But Whitmer said the stay-home order rests on gubernatorial powers in the 1945 law, which does not require legislative consent nor an extension.

“If the 1976 law supersedes the ’45 law, they would have repealed it. It was an intentional decision to keep both of these sources of authority for the chief executive of the state of Michigan,” she said. “It is for times like these that that authority is really important, when lives are on the line.”

The later law has a provision saying it should not be construed to “limit, modify, or abridge” a governor’s authority to proclaim an emergency under the earlier law or to exercise powers vested by the state constitution.

House Speaker Lee Chatfield, a Republican, said “the judiciary will have the final say.”

On Friday, she allowed work that is traditionally and primarily done outdoors — forestry workers, power equipment technicians, parking enforcers — to resume next Thursday. Construction workers, real estate agents, appraisers, brokers, inspectors and surveyors also will be able to work in person. So will manufacturing workers who make items like partitions, cubicles and furniture that will help businesses modify their workplaces amid the pandemic.

Whitmer hinted that auto plants may soon reopen as the curve of cases continues to flatten, as long as the United Auto Workers union can ensure employees feel safe — similarly to how building trade unions backed the construction restart plan.

Trump earlier encouraged Whitmer — whom the public has backed over him in polling — to “give a little” and “put out the fire” with protesters, attempting to strike a balance between supporting demonstrators who express affinity for him and minding the advice of his scientific experts.

Some of the hundreds of protesters — many without face coverings — entered the Capitol on Thursday and demanded to be let onto the House floor, which is not allowed. The gallery was closed to the public to allow room for representatives and reporters to spread apart. Some demonstrators in the Senate gallery were openly carrying guns, which is legal in the Statehouse but was criticized by Democratic lawmakers.

Senate Majority Leader Mike Shirkey, a Republican who had encouraged people to protest, said many did so safely and responsibly. But he said several others are a “bunch of jackasses” who used intimidation and threats.

“I condemn their behavior and denounce their tactics,” he said. “Their actions hurt their cause and steal from the rights of others by creating an environment where responsible citizens do not feel safe enough to express themselves.”

Trump has previously tried to pressure the first-term governor, who leads a battleground state and is on presumptive Democratic presidential nominee Joe Biden’s running mate list.

10 Reasons You'll Regret Buying a House With a Swimming Pool

Sat May 2 , 2020
Buying a home with a swimming pool in the backyard will certainly score you bragging rights around the neighborhood. However, there’s much more to pool ownership than planning deckside parties and kids’ playdates. For starters, maintaining a pool is time-consuming and expensive. Plus, there are safety hazards to consider. (You […] 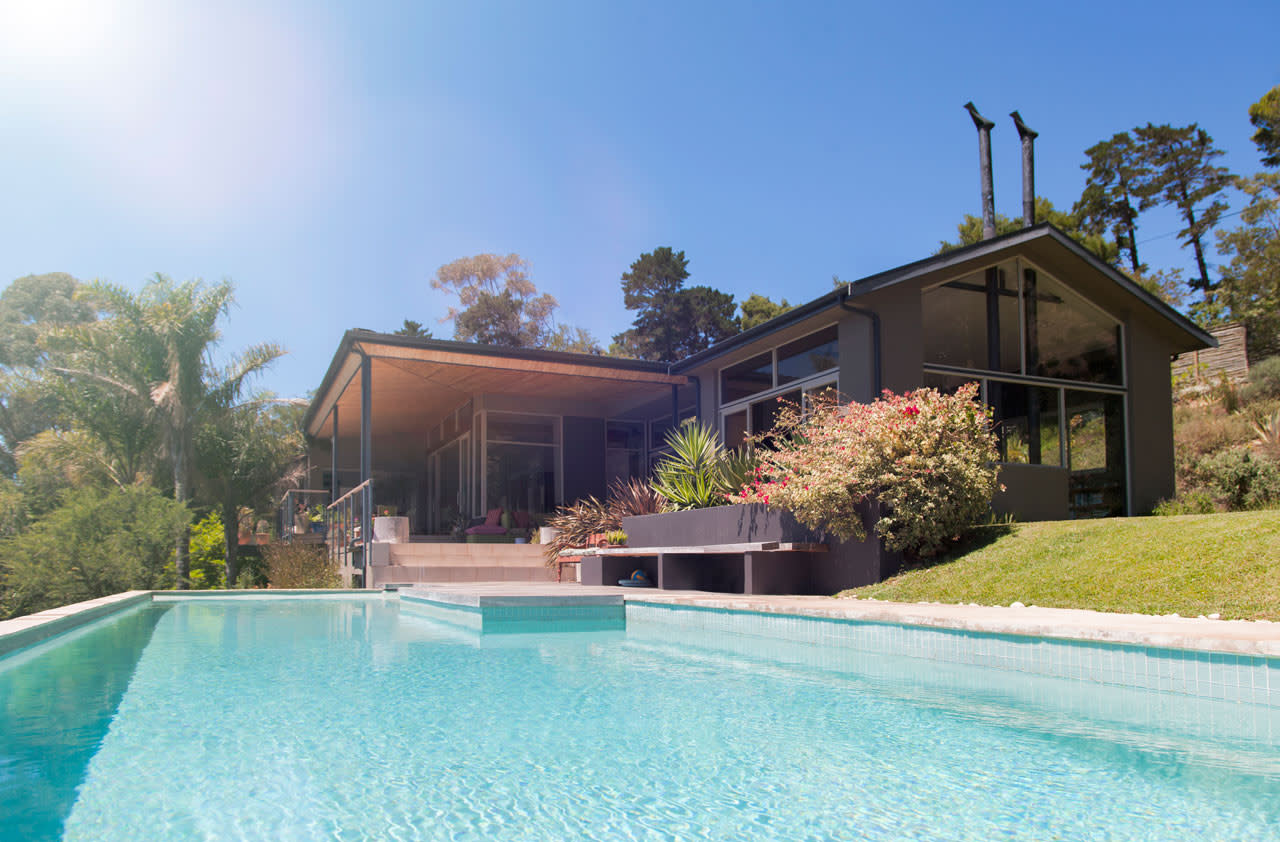