(Bloomberg) — Working from home during a pandemic is hard enough. Now many across the Northeast are being forced to do it without electricity.

Nearly 1.2 million homes and businesses from New York to Delaware are still without power after Tropical Storm Isaias battered the region. In one wealthy enclave of New York City, people are charging laptops in idling cars. On Long Island, Audis are lining up outside of a 7-Eleven in search of WiFi. And in New Jersey and Connecticut, families have decamped to hotels or friends’ houses.

“It couldn’t happen at a worse time,” said Bill McCormick, who sells sports equipment and wound up working out of a Starbucks parking lot in Delaware to finish an important proposal after losing power.

In New York, Consolidated Edison Inc. conceded Thursday that the storm, which ripped mature trees from the ground, was stronger than they expected. The utility initially called in 500 repair workers from other companies to help restore power. Once the extent of damage became clear, Con Edison called in at least 630 more, many of whom are arriving this weekend.

Read More: PSE&G Says Some Customers May Remain Without Power Until Monday

It turned out to be Con Edison’s biggest storm-related outage since Hurricane Sandy in 2012.

On Friday morning, much of Upper Manhattan briefly lost power in an outage that Con Edison said stemmed from a problem on its transmission system. While it lasted only about an hour, the disruption served as a reminder of the fragility of the region’s power grid.

With some people heading into a fourth workday of trying to find a place to do their job, the outage is demonstrating that early proclamations that offices are becoming obsolete may be overstated.

“I don’t think the office is going away,” said Jonathan Wasserstrum, chief executive officer of New York-based SquareFoot Inc., who has been working from the locker room of his father-in-law’s golf club since losing power Tuesday. He helps companies find work spaces, and while there are certainly people who would be happy to never return to the office, there are plenty of others who are more comfortable, and probably more productive, at their regular desks.

In the Riverdale section of The Bronx, where more than 1,000 homes and businesses are still without power, people sat in parked cars in the driveways of stately homes, charging phones and laptops. The smell of diesel hung in the air, thanks to private generators keeping the lights on in some homes.

On Long Island, Chadwick Forbes, an analyst who runs a Twitter page focused on professional football, has been tapping into the connectivity of a 7-Eleven store in Roslyn. He’s not the only one.

“People were pulling in the lot, honking. There’s probably 15 spots, and they were all full,” he said. “You can tell everyone’s trying to do the same thing.”

Udo Tobben doesn’t have that option. A senior program analyst in Plainview, New York, he needs his computer to test software, so he’s not getting any work done. Instead he’s cleaned the yard and has been keeping mobile phones charged by driving around the area.

The local utility, PSEG Long Island, has said the area will have service by Friday, “but we have no idea how reliable this is,” he said.

Steven Matteo, a New York City councilman from Staten Island, said Con Edison needs to do more to restore power to all customers and not let the blackouts drag into next week.

“They could’ve brought in more workers at first and this wouldn’t have happened,” Matteo said in an interview. “These delays are completely unnecessary. Bring in more crews.”

One challenge utilities face is that, because the storm impacted nearly every state along the East Coast, response crews have been forced to stay home to assess damage before heading out to neighboring states to help, said Scott Aaronson, vice president of security and preparedness for the Edison Electric Institute, a trade group. The pandemic has also slowed down the work.

“Utilities have reduced their own staff and are increasingly relying on neighbors,” said James Slevin, president of the Utility Workers Union of America. “This storm wasn’t nearly the size of Sandy and yet it’s had just as much impact on customers. That shows they aren’t keeping up with maintenance with their own crews.”

Josh Tammaro, who works in public relations, has been staying at his family’s home in Portland, Connecticut, during the pandemic. When the lights went out, he and his parents and siblings relocated to a hotel, where they’re sharing a single room.

“It’s a little crazy,” he said. “It reminds me of the open-office space we have up in Boston.”

For more articles like this, please visit us at bloomberg.com

Subscribe now to stay ahead with the most trusted business news source.

Nine deals that will greatly improve your work-from-home situation

Sun Aug 9 , 2020
If you’re still working from home, chances are you will be for quite a while. It’s time to upgrade from your thrown-together “desk” to a proper remote workspace and settle into the new normal. Transform your bedroom, hallway, or dining table with the help of these ten products — and […] 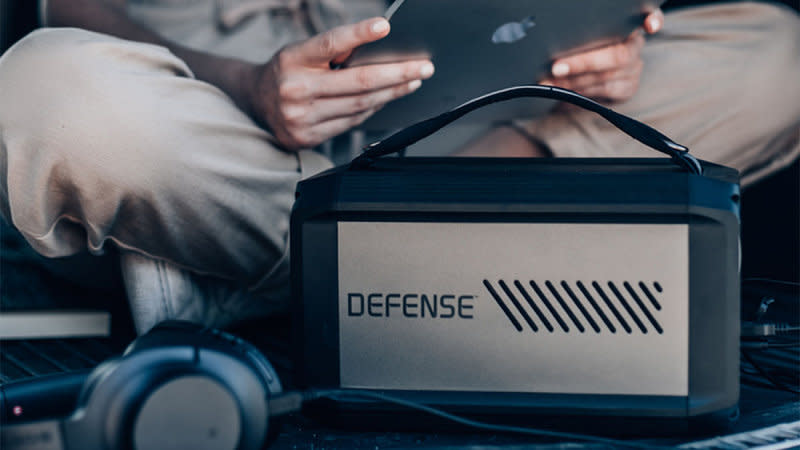