Tesla production has come to a worldwide standstill after the sudden shutdown of its China plant as US workers, meanwhile, prepare to reopen its California factory in the next week, according to reports.

Citing people familiar with the matter, Bloomberg News reported that the electric car manufacturer informed workers at its Gigafactory near Shanghai on Wednesday that their five-day Labor Day holiday would be extended.

They were supposed to return to work on Wednesday 6 May, but were told to stay home and prepare to return as soon as 9 May, according to people who spoke Bloomberg News under condition of anonymity.

In the company’s San Francisco plant in Fremont, meanwhile, workers reportedly returned on Wednesday to prepare for a planned reopening of some production lines between now and next week, according to The San Francisco Chronicle.

Tesla did not immediately respond to requests for comment, but in a statement to Bloomberg News said its Shanghai factory is conducting normal maintenance work and that the company made use of the Labor Day holidays to conduct production-line adjustments.

Chinese technology news site 36kr, meanwhile, reported that the shutdown was due to component shortages. Some employees reportedly remained for equipment inspection, maintenance and repair at the China plant, which shut down earlier this year due to the coronavirus outbreak until being one of the first automakers to resume production.

The shuttering of its China factory has effectively ended worldwide production of Tesla vehicles as its plant in Fremont shut down on 23 March.

Citing a person familiar with factory operations, The San Francisco Chronicle reported that a handful of employees have returned to Tesla’s Fremont factory floor to put in additional safety measures to guard against coronavirus transmission ahead of a planned reopening.

The county’s shelter-in-place order was instituted on 17 March, and Tesla operated for nearly a week before halting production at the site.

Tesla CEO Elon Musk has been critical of coronavirus lockdowns as violating the constitutional rights of Americans, saying in a now-deleted tweet that the shelter-in-place orders were fascist and imprisoning people in their homes.

Grimes reveals meaning behind name of son with Elon Musk

Mon May 18 , 2020
The McKittrick oil field in the town of McKittrick in Kern County on State Route 33, has over 1,100 producing wells. With the falling price of oil, some pump jacks that need repair are being left idle. (Carolyn Cole / Los Angeles Times) The economic fallout from the COVID-19 pandemic […] 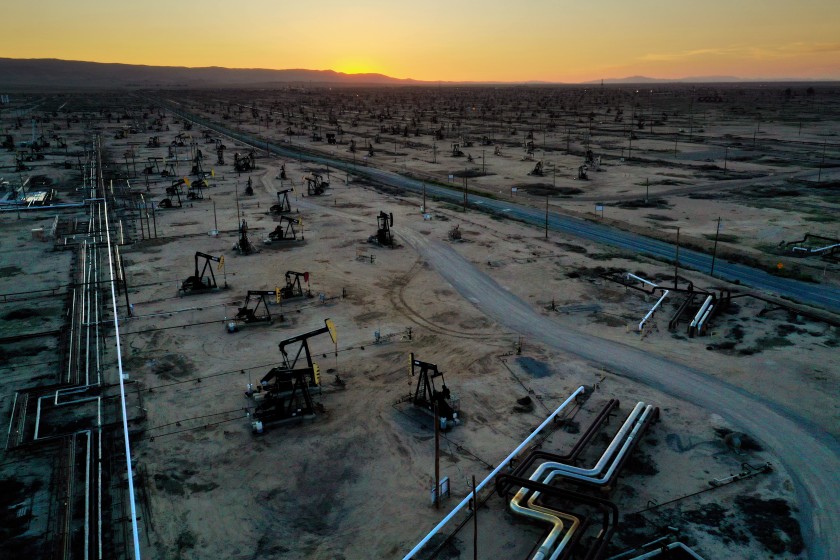